Close Alert Banner
Close Old Browser Notification
Browser Compatibility Notification
It appears you are trying to access this site using an outdated browser. As a result, parts of the site may not function properly for you. We recommend updating your browser to its most recent version at your earliest convenience.

A Talk with Author, Grace Ibrahima – All Will Be Well - This event has already occurred

Grace Ibrahima grew up in Trinidad, with very little formal education. As a young woman, she applied and was accepted to a nursing program in England. She graduated from both nursing and midwifery school. While there, she met and married a man who would help her to change the course of her life.

They later immigrated to Canada with their two sons, and she continued her nursing career.

Years after arriving in Canada, she enrolled at McMaster University in the Addiction Studies program and was the recipient of the 1998-1999 (MAPS) McMaster Part-time Student Centennial Award. She invested her monetary prize and partnered with the university to educate students from Eastern Europe about the devastating effects of addiction.

In this sequel to Mercy, One Life, Many Stories, readers are invited to walk alongside this brave mother and determined widow as she treads a path filled with fear and trepidation. Grief for a loving spouse and panic wondering how she would both survive and provide for her two young boys, sends Grace into a whirlwind of decision-making, confusion, and a search for self-worth.

In All Will Be Well, this determined mother battles with her inner demons, fights her own stubbornness, clashes with negative thoughts, and encounters uncontrollable grief. But through it all, love emerges, grace abounds, and hope remains. 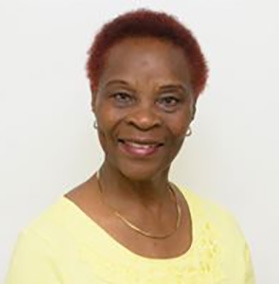